Whether it’s unhappiness with a stale meta, frustration with the new esports structure or simply the allure of the fresh new genre currently taking over Twitch, there is no denying that people keep breaking up with Hearthstone.

Viewership is down and TwitLongers like this one by talented streamer and competitor TvZgames keep popping up, and they’re usually followed with a flood of comments from players chiming in with their own additions to her many well-thought out points, such as:

Even first Master’s Tour Stop winner and Grandmaster Dog has bowed out from the competition because he’d rather be streaming Teamfight Tactics.

Grandmasters Update 📰 ❗@Liquid_hsdog is stepping down from Grandmasters ahead of Season 2 to focus on streaming and other personal pursuits. We are excited to announce that @GO_Gallon, runner-up at #MastersTourVegas, will be promoted to fill the spot! pic.twitter.com/MeTDjriUaw

So, what about me?

Admittedly I’ve not played much Hearthstone lately either, but I will stop short of saying I’m ‘breaking up’ with the game.

To me, things seem pretty much the way it’s always been. For as long as I’ve played, there has always been some busted deck that people have despised.

Secret Pally, Grim Patron Warrior, Shudderwok Shaman, and now Conjurer’s Calling Mage, the list goes on. Having some kind of OP deck that reigns supreme seems pretty standard (heh, get it?) for card games. At least this time around Blizzard seem to be doing more regular nerfs and even buffs, even if they don’t seem to be addressing people’s concerns.

And perhaps that’s the real issue here. Hearthstone has been out for almost five years now, and if you’re a competitive player, nothing inside the game has really changed.

But I’m not competitive. Sure, I’ve gotten to Dad Legend, but I simply can’t force myself to push for that golden jewel card back. Instead, if I’m logged into Hearthstone then I’m most likely having an absolute blast in solo content (although that will change when Saviors of Uldum drops next week and shakes up meta).

Seriously though, I adore the dungeon runs and the Dalaran Heist knocked it out of the park for me. I am 100% certain that when the next solo player experience comes out, I will definitely be able to tear myself away from Teamfight Tactics to get that bad boy cleared.

My love of Hearthstone Esports, on the other hand…

Once again, I’m not a competitive player but I am an avid viewer who loves watching the game being played at the highest level.

Season One of Grandmasters got repetitive very quickly, and I place the blame on that squarely at the feet of Specialist format. I get why it was a thing – if you need to burn through three regions’ worth of a round robin tournament, traditional Conquest will take too long.

This means that as excited as I was originally to tune in and cheer on Pathra or Frostee or Boarcontrol every week, I stopped paying attention and it was only on in the background if I remembered it was on, rather than it being a must-see like the events of yesteryear. Even the playoffs were super underwhelming and simply felt like another week of normal play.

Thankfully, it would appear that Blizzard are listening and we now have a new format to look forward to for Season 2 of Grandmasters.

That still doesn’t help those players who are grinding their face off trying to qualify for Masters tour stops, but at least viewers like me will no longer end up using the PlayHearthstone channel to fall asleep each night.

NB. In case you’ve missed it, there is a survey going around asking what players would like to see from Hearthstone Esports going forward, so be sure to have your say!

Overall, the winds of change are definitely ruffling the feathers of the Hearthstone community and I’m cautiously optimistic that things will start to trend upward again. It will be interesting to see whether or not Saviors of Uldum can convince those who have dumped it to give the game a second chance.

And hey, if you don’t want to wallet drop on new packs, I’m giving some away 😉

It’s time for another #Hearthstone GIVEAWAY! I’ve got 50 #SaviorsofUldum packs to give to one lucky champ thanks to @Blizzard_ANZ. To enter:

Winner will be drawn randomly on Mon 5 August 🎉 pic.twitter.com/1Dgi5ER5Ew

Over to you: what do you think about the current state of the game? Drop a comment below or spam me on Twitter.

Have Your Say Cancel reply 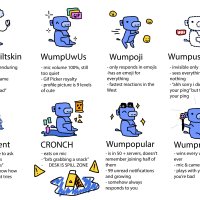 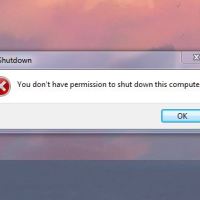